1968. As the world was recovering from a post hippie comedown, Paris was burning, and The Beatles were releasing The White album. Against this backdrop the iconic Heuer Camaro was launched, the last series introduced before focus turned to the Chronomatic-powered watches of the following year. The Camaro was never sold with an automatic movement, and with Heuer focused on selling its new automatic chronograph models, the Camaro slipped out of production in 1972.

The Heuer Camaro was implausibly named after the Chevrolet Camaro that was launched in 1966, the Camaro offers a similar style to the Carrera, but in a slightly larger, ‘squarish’ case. Jack Heuer reputedly named the watch after the Chevy Camaro because he was seeking to strengthen Heuer’s position in the US market by aligning the brand with US motor racing. And given the popularity of the Chevy Camaro in the late 1960s and its position as the Pace car at the Indianapolis 500 from 1967-69 helped convince Jack that the name was a good fit. 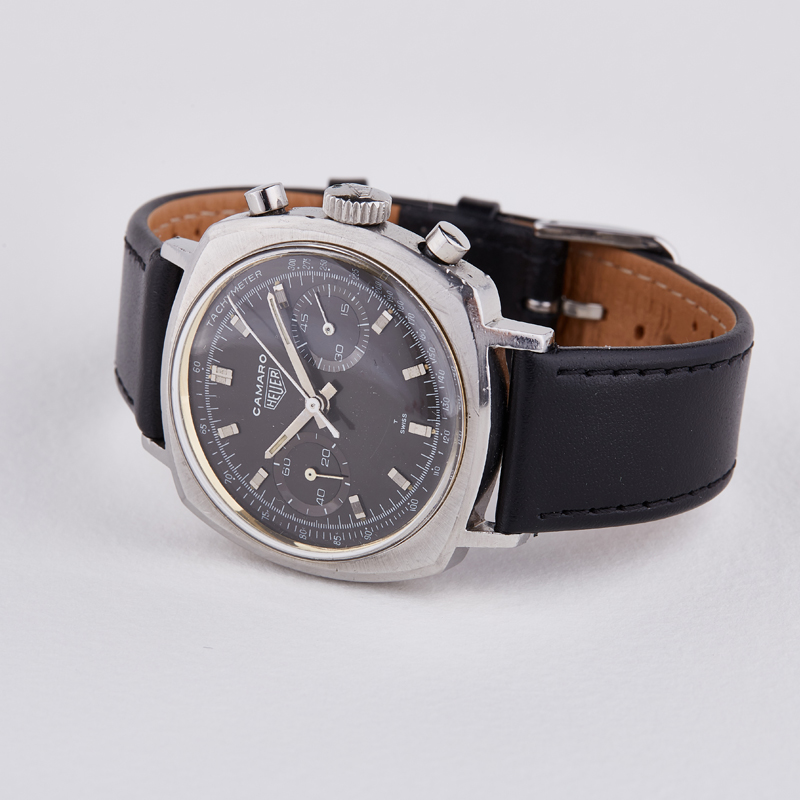