The Speedmaster’s history traces back to 1957 when it was introduced as a sports and racing chronograph, complementing Omega’s role as the official timekeeper for the Olympic Games.

The Speedmaster will be forever immortalised as the first watch on the moon, worn by Buzz Aldrin, when he stepped on the Moons surface in July 1969. 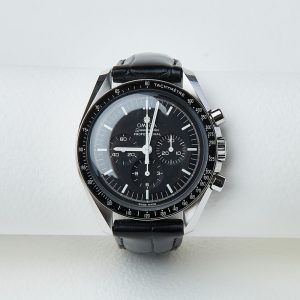